After I became aware of the existence of the North American Star Tetrahedron, and as I started to become aware of the symmetrical, geometrically-shaped features of the landscape when I was living in Central Oklahoma, I started to see how the layout of the grid and ancient infrastructure were being utilized by the energy industry unbeknownst to the general population.  This is one of many things which remains hidden because no one knows about, and we are encouraged to think that everything is “random” and “natural”.  I believe the terms “fossil fuel” and “natural gas” are misnomers, and that our modern energy industry is actually based on ancient energy technologies.

For example, we are told that these are wind turbines.  Pictured in this photo, west of Oklahoma City in Okarche, there is a massive wind-farm spread across the landscape.  However, these turbines not just placed anywhere – they are placed in a relatively linear fashion within a defined space.  So their placement appears to be intentional, and not random.  Also, all of the wind turbines that are running go at the same speed, regardless of whether the wind is blowing.  I really question whether they are actually being powered by wind, or by some other technology.  Wind turbine farms have popped up in different places in Western Oklahoma, and the Texas Panhandle.  From what I could see, turbines are typically associated with cities with an energy industry connection, like Woodward, OK, and Enid, OK, where I would see a line of them.   More on these two places shortly.

I came to realize that the wind turbine line-up in Okarche approximates with the lines in the star tetrahedron, and as you can see, Oklahoma is located where two major lines cross.

Burns Flat, Oklahoma, in Washita County, sits approximately where the two lines cross, and is where the Oklahoma Air and Space Port is located (Oklahoma Space Industry Development Authority).

Please note on the map show that Houston, TX, location of NASA’s Johnson Space Center, is further down on the same alignment.

And the Denver Airport is approximately located at the center of the star tetrahedron, is further up the alignment.

Cushing, Oklahoma, located between Stillwater, OK, and Tulsa, OK, is called the “Pipeline Crossroads of the World” hosts the world’s largest tank farm.

Speaking of tank farms, I came to realize that they are typically situated on top of what appears to be earthworks.  Here are two examples, but very typical of the types of things I started to notice as I was becoming more aware. 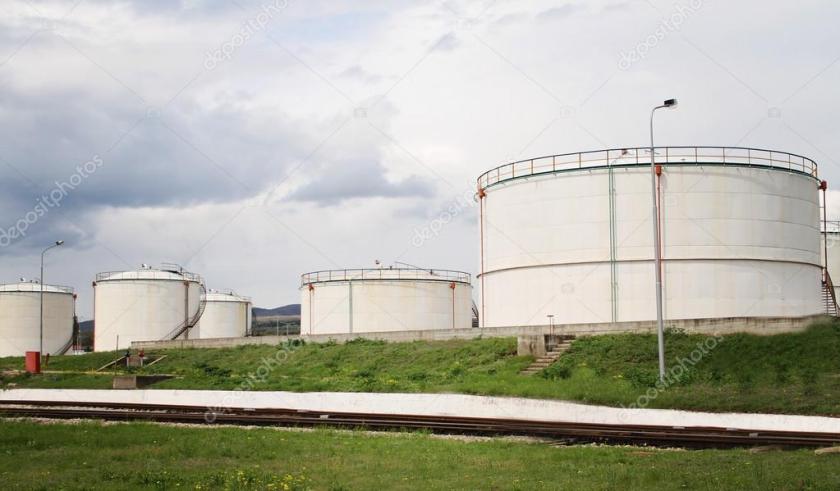 Thus, as I became more aware of what was actually in the landscape around me, I started to actively investigate what I saw by actually going to unusual  features in the landscape.  As a result of the work, I had a shift my perception, in which an environment that blended together and seemed ordinary, became the infrastructure of an ancient civilization.

I soon noticed from I-40 a really unusual looking structure that is located right next to the Oklahoma River, at the corner of I-40 and MLK Boulevard on the south side.  Again, until I tuned into it, I didn’t see it.  I’m like – what the heck is that thing?

So, I tried to find out more information.  I drove the short way up to the entrance.  Right next to the entrance, there was a billboard that said something to the effect of “Your American Indian Cultural Center and Museum.”  The entrance, however, had several no unauthorized entry signs.

Well, apparently this project has been in the works for many years, and now they are saying will be completed in 3 years, but that looks like a very, very sophisticated and very geometric earthwork to me.  And you can’t get close to it unless you are on an Oklahoma River Cruise ship or are a rowing crew member.  I drove around the block, and it is all locked up with businesses and an industrial park.  Then you get on I-35, and zip on past the backside.  Not the only rabbit hole I encountered when I went looking for information at places around Oklahoma City.

At some point in 2016, I noticed that Woodward, OK, fell on the alignment with:  Houston, Dallas, Woodward, Denver, and Edmonton, Alberta. This observation got me wondering about what was in Woodward.  It is off the beaten track as far as the National Highway System goes.

I decided to drive up there to check things out – probably about a 2-hour drive from where I lived (on a road which pretty much goes up the alignment – the Northwest Expressway).  I saw many ancient features in the landscape on the way, and surrounding Woodward.

Wikipedia indicates that Woodward  lies in an oil and natural-gas area on the shelf of Oklahoma’s Anadarko Basin. In 1956, natural gas was discovered in Woodward County. Thereafter, Woodward enjoyed significant growth due to the opening and location of oil field service and drilling companies in Woodward.

After checking out Woodward, I stopped by Boiling Springs State Park, which is definitely an ancient site, and then after leaving the park, came to Highway 412, and went east towards Enid.

Almost immediately, I came to Mooreland, and saw a facility that looked something like this: 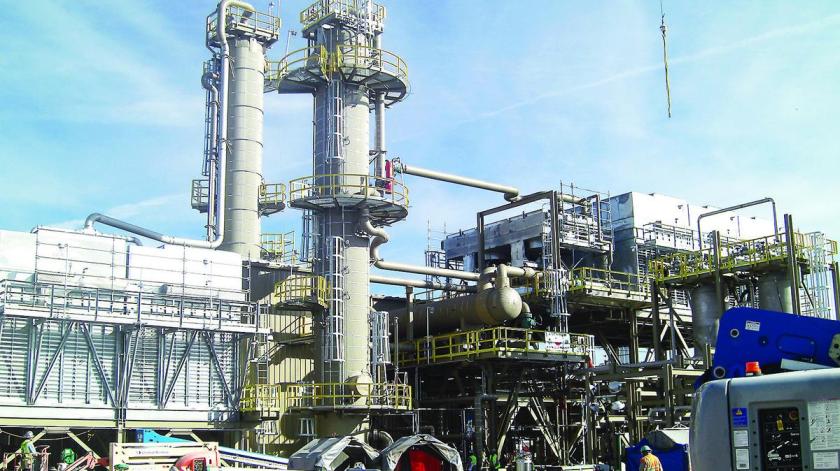 Turns out Mooreland is a hub of the energy industry, including natural gas resources, and connecting energy resources to end-use markets.

I continued driving east on Highway 412 towards Enid, Oklahoma.  I am telling you, this was a major thoroughfare of the Ancient Ones.  It goes all the way across the top of Oklahoma, and then on into Arkansas.  Lots of ancient infrastructure all through there.

All along the way, I saw features in the landscape that looked like these at Gloss Mountains State Park near Enid:

At many places in this drive, I saw what looked like fracking wells in the distance next to these features, like those in other places that are pictured below showing evidence that this is occurring at ancient sites (if it looks like an earthwork, it is an earthwork; the Mound Builders built all earthworks – which is an ancient technology being utilized in the present day):

Please note the ancient stonework displayed around the Waste Management sign for proof this is an ancient site.  I have been to the one in Enid, and there are several more in the Oklahoma City area.  I did not go there to go to the landfills.  I was drawn there because I saw massive ancient infrastructure in the landscape. And they are not just big because of only being comprised of buried trash! In these locations there is typically a Waste Management Facility, and as well as some kind of energy-production related site also on the grounds of these huge structures. 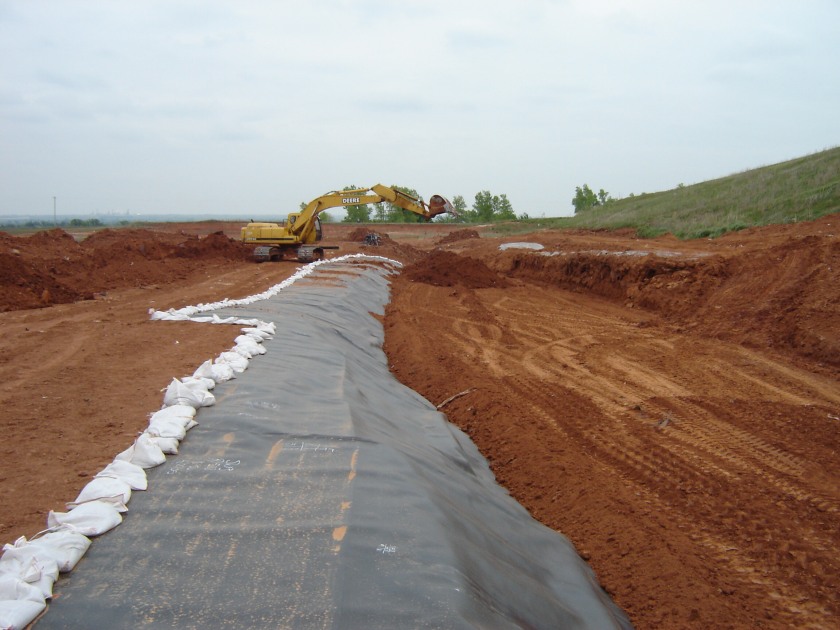 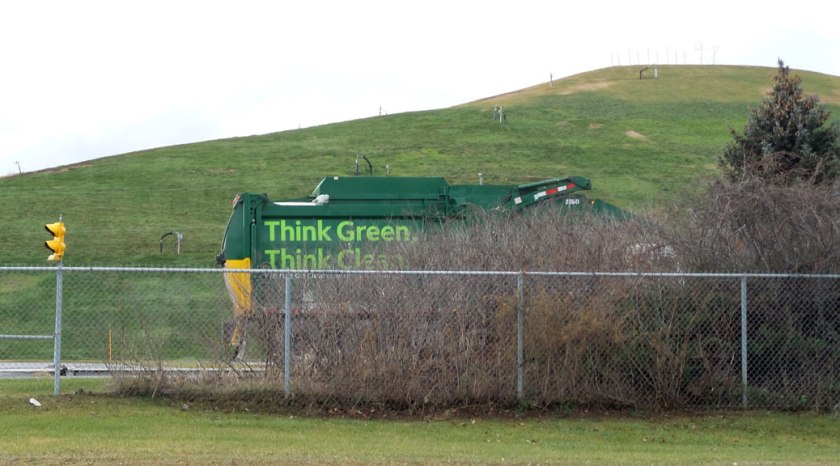 I also saw many, many examples of utility poles being placed on  mounds/earthworks.  Here is one example, but there many examples once you tune into what is really going on the landscape, i.e. everything is built on top of ancient infrastructure, which the energy industry is all over. 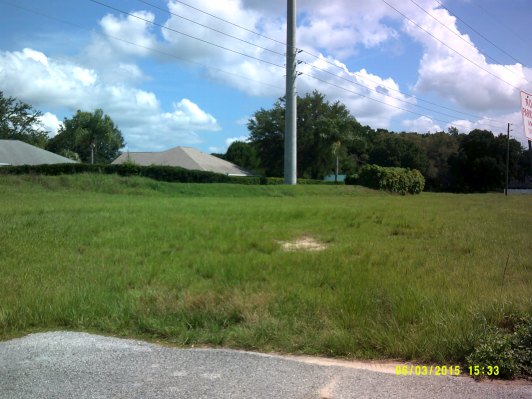 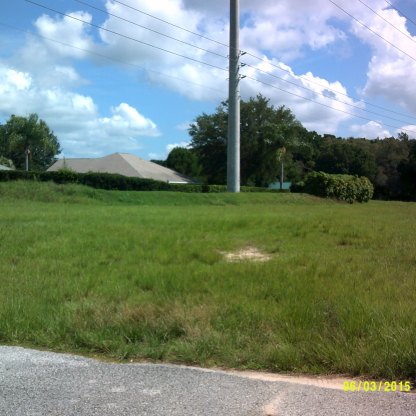 So, in summary, I am quite convinced based on the examples like these that I have shared with you in this post, and many others that I have seen, there is most definitely a connection between the planetary grid, ancient technology, and our modern energy industry.

9 thoughts on “The Relationship between the Planetary Grid, the Technology of the Ancient Civilization & the Modern Energy Industry – with Video of Post at the End”