I ended “How I Found the Silk Road, Part 2,” in Bucharest, Romania.

We are entering into the actual Silk Road part of this alignment as we leave Bucharest in Eastern Europe, and move directly east along the alignment over the Black Sea, crossing over the tip of the Crimean Peninsula at Sevastopol.

The Crimea is a peninsula on the northern coast of the Black Sea that is almost completely surrounded by the Black Sea and the small Sea of Azov to the northeast. and since 2014 is controlled and governed as part of the Russian Confederation though internationally recognized as part of Ukraine.     The Crimea has historically been the boundary between the so-called Classical world and what is called the Pontic-Caspian Steppe.

The alignment crosses Sevastopol, a major Black Sea Port and the largest city on the peninsula, which has historically been a strategically important port and naval base.  It is also a popular seaside resort and tourist destination. 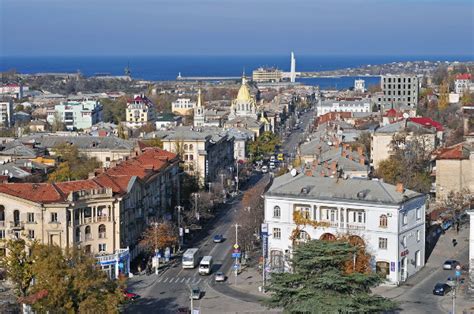 In the next series, the photo on the top is in Sevastopol in the Crimea; next is Guthrie, Oklahoma; below that is Kresy, Siberia; and the bottom photo is the Hotel Connor in Jerome, Arizona.  Granted not identical, but I see similar structural design elements, in buildings in very different places. 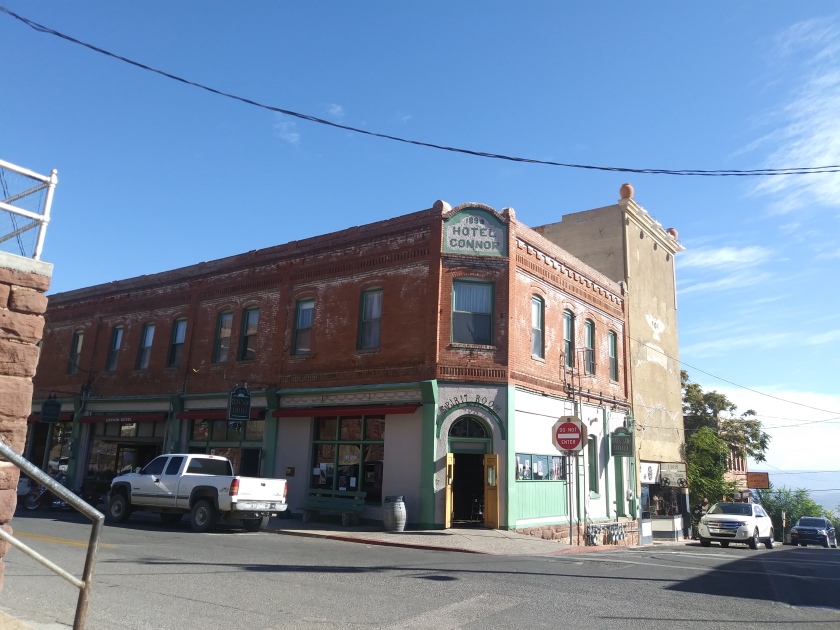 The alignment also crosses near Yalta, also on the Crimean Peninsula.  Probably best known as the place where the Treaty of Yalta was signed, formally ending World War II. 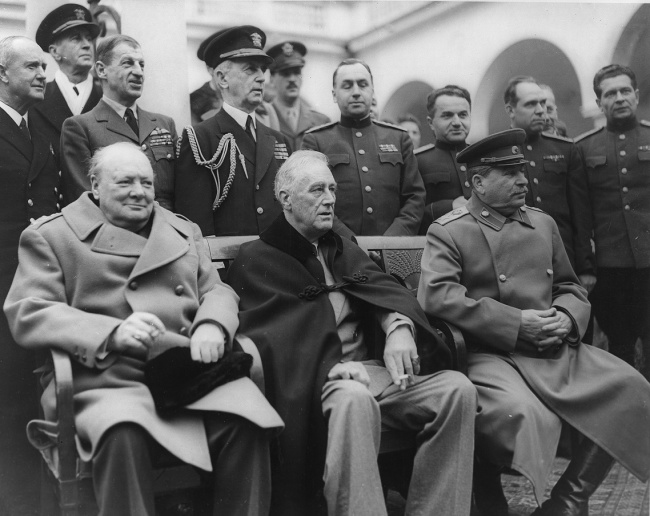 Yalta is a resort city on the Black Sea.  It is said to be on the site of an ancient Greek colony.

We are told the Scots Baronial and Moorish Revival styles had been introduced to the Crimea in the 1820s by British architect Edward Blore with the Vorontsov Palace in Alupka, Crimea. Hmmmm.  Really?  Blore was also said to not have any formal training in architecture – his training was in “Antiquarian Draftsmanship.”  So this guy is supposed to be responsible for the palace in the following pictures? A bit hard to swallow….

Here is a side-by-side comparison of architecture at Vorontsov Palace on the left, and the Jama Masyid Mosque in Delhi, India: 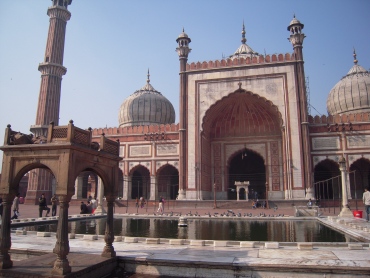 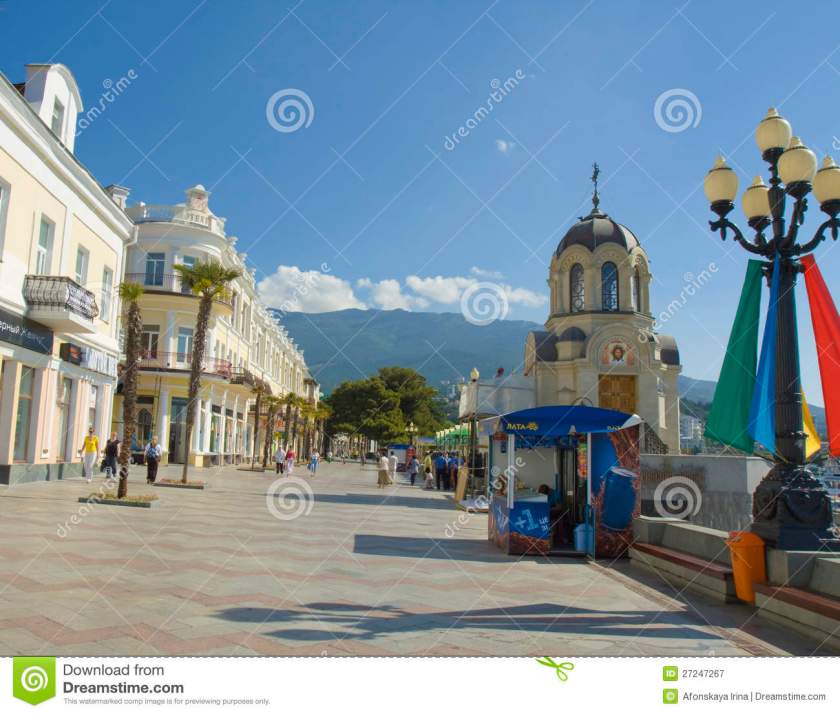 And this place on the coast in Yalta on the left reminds me of this place in the Galapagos Islands on the right: 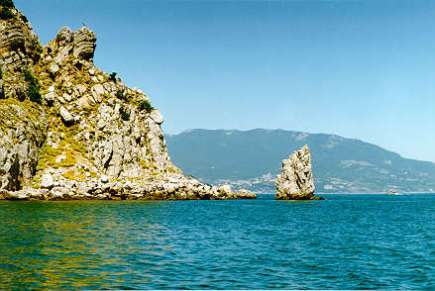 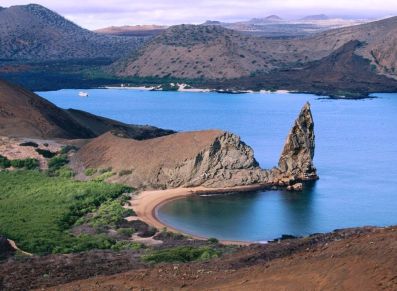 The alignment leaves the Crimean Peninsula at Yalta, and then when back on the mainland goes first near Kherson, Ukraine.  Kherson is an important port on the Black Sea and the Dnieper River, and is a major ship-building industry.

More of the same configuration here in Kherson that we saw in other places far from here as I showed in a comparison above: 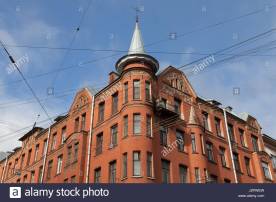 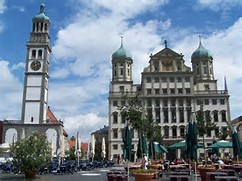 And here is a comparison of a government building in Kherson, Ukraine on the left and the Colorado State Capital building on the right.

and this building, the Kherson Musical School, definitely has Moorish architectural features:

Krasnodar Krai, Russia is next, very close to the alignment.  It is a federal subject of Russia, located in the Northern Caucasus Region of Southern Russia.

Some architecture in Krasnodar Krai:

And here are some “natural” features of the area:

Moving along, the alignment crosses Mt. Elbrus in southern Russia in the Caucasus Mountains, near the border with Georgia. It is the highest mountain in Europe, and the tenth most prominent peak in the world.  Here also we are leaving Europe and entering Central Asia.  Mt. Elbrus is also the mountain the Titan Prometheus was chained to by Zeus in Greek Mythology as a punishment for stealing fire from the gods and giving it to mankind.

Next the alignment goes through Grozny, the capital city of the Chechen Republic, also known as Chechnya.  It has been rebuilt since the destruction of the First and Second Chechnen wars with Russia, starting in 1994 and ending in 2000.  A Separatist government had formed after the collapse of the Soviet Union 1991. 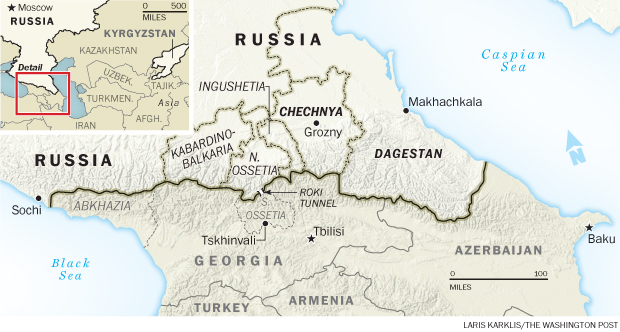 Here are photos taken in Grozny before the Chechen wars: 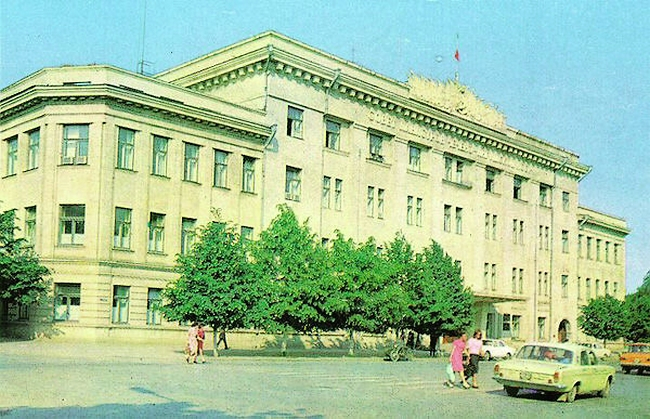 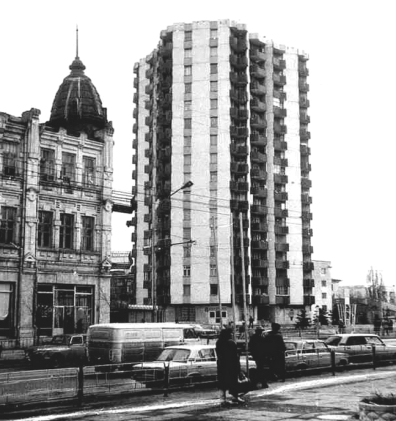 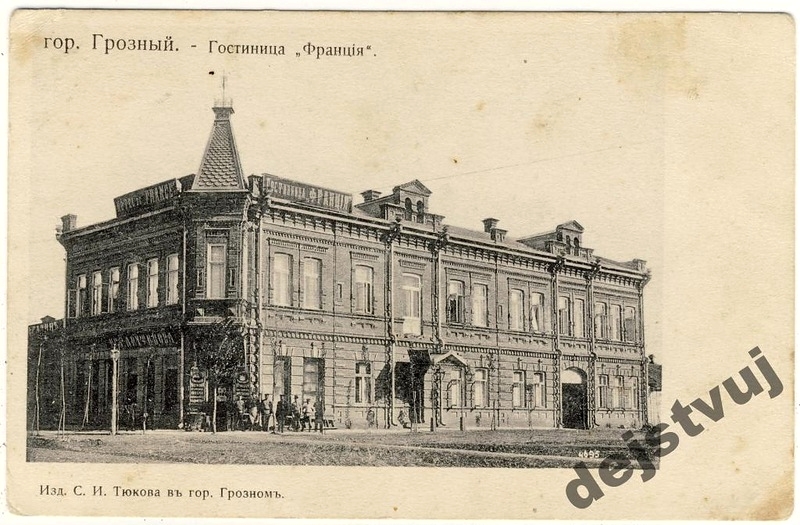 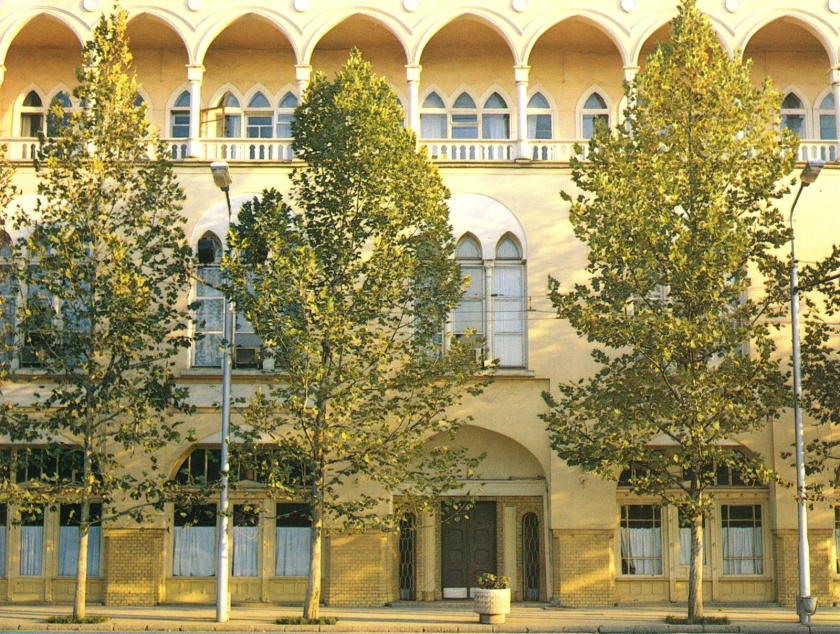 All of the above photos in Grozny have the same heavy masonry and design features that I have been seeing and sharing all along the alignment thus far.

And what happened to Grozny as a result of the Chechen Wars?

Why?  Really, why this destruction?  Grozny has since been rebuilt, but just because a proud and independent people wanted their own government, during a time when other former Soviet republics were becoming self-governing? Does this make sense?

Next the alignment crosses over the Caspian Sea, and enters Kazakhstan at the port city of Aktau.  There are developed uranium deposits in Aktau, as well as oil industry.  As a matter of fact, the region is one of the biggest producers in the country and a major industry of the city is hydrocarbon production.

We are told that this area at one times was inhabited by ancient tribes of Scythians, and that this region of  Western Khazakstan known as Mangistau hosted a spur route of the northern Silk Road.

The alignment crosses the Kyzyl-Kum desert in Central Asia, which occupies Kazakhstan, Turkmenistan and Uzbekhistan.  It covers 115,000 square miles (298,000 km2). 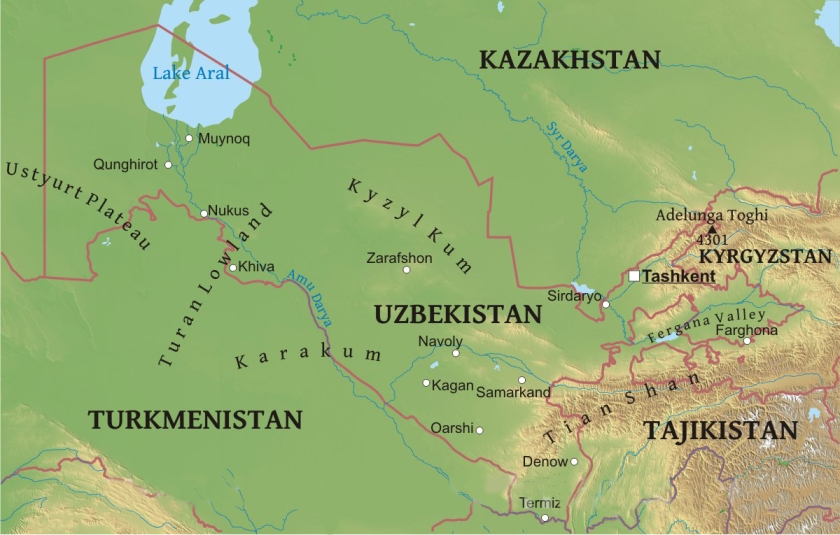 Much of the desert is covered with sand dunes, and there are deposits of gold, uranium, copper, silver, natural gas and oil. 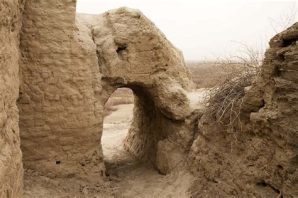 The Great Silk Road is considered to be one of the greatest achievements of in world civilization’s history, connecting Europe and Asia from the Mediterranean to China.  The longest and most strategic part passed through this part of Central Asia.

Next on the alignment is Tashauz (now known as Dasoguz), Turkmenistan, close to Usbekistan.

Tashauz was a popular stop on the Silk Road because of a spring located there.

Nearby is Konye-Urgench , and is the site of an ancient town – Urgench – which contains the ruins of Khwarezm, which lies between the Kyzyl-Kum desert to the north, and the Karakum desert to the south.  The Khwarezm region was a wealthy and beautiful civilization of the Persian Empire, and in our historical narrative is said to have been destroyed by Genghis Khan and his Mongol hordes.

Next we come to Tashkent, Uzbekistan.  Tashkent is the capital and largest city of Uzbekistan.  It was also destroyed by Genghis Khan in the 1200s, but rebuilt and profited from the Silk Road.  It has over 2,200 years of written history.

This area is in the foothills of the West Tian Shan Mountains.  This region was called Chach in earlier times.  By the 600s, the principality of Chach was said to have more than 30 towns and over 50 canals….

One of the top attractions of Tashkent is the Ankhor Canal: 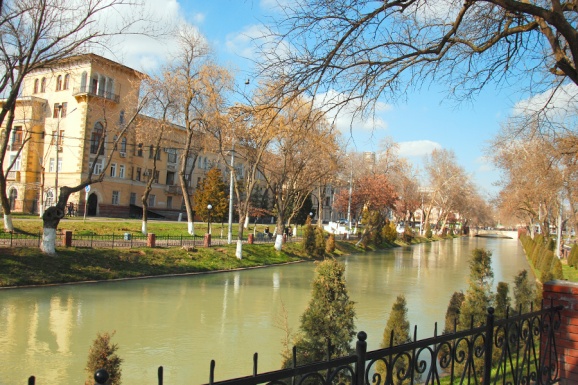 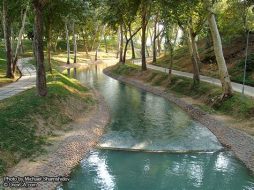 So far we are almost into China on this alignment, and you are seeing the same style of architecture in Tashkent, Uzbekistan that you saw where the alignment entered Europe in Bordeaux, France, and the distance separating these two cities on the map is 3,425 miles (5513 kms):

There are also these familiar styles in Tashkent, like this one with a tower similar to one I showed you in Krasnodar Krai, Russia…

…and this  massive building in Tashkent with heavy masonry, arches, columns and towers…

…and you also find this style of architecture is in Tashkent, which is more typical of what one would expect to find through this region: 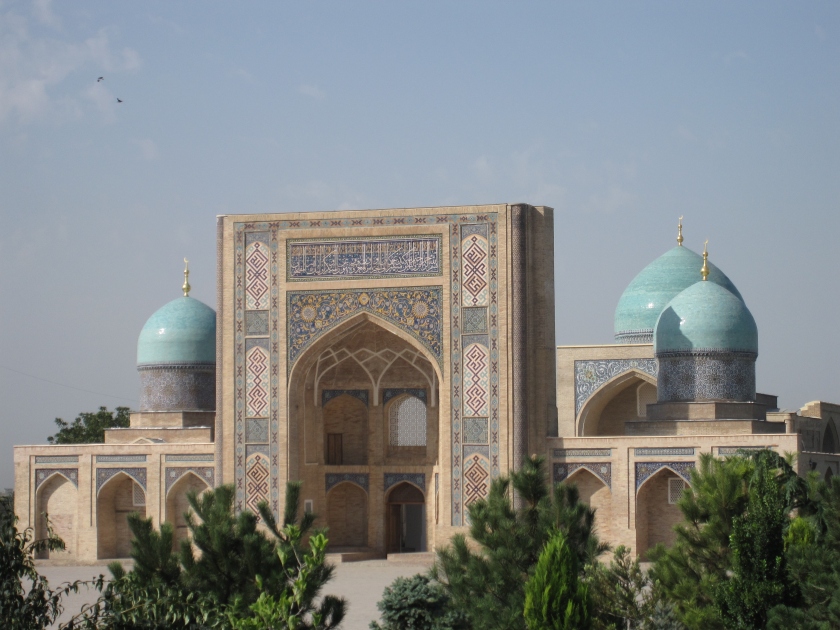 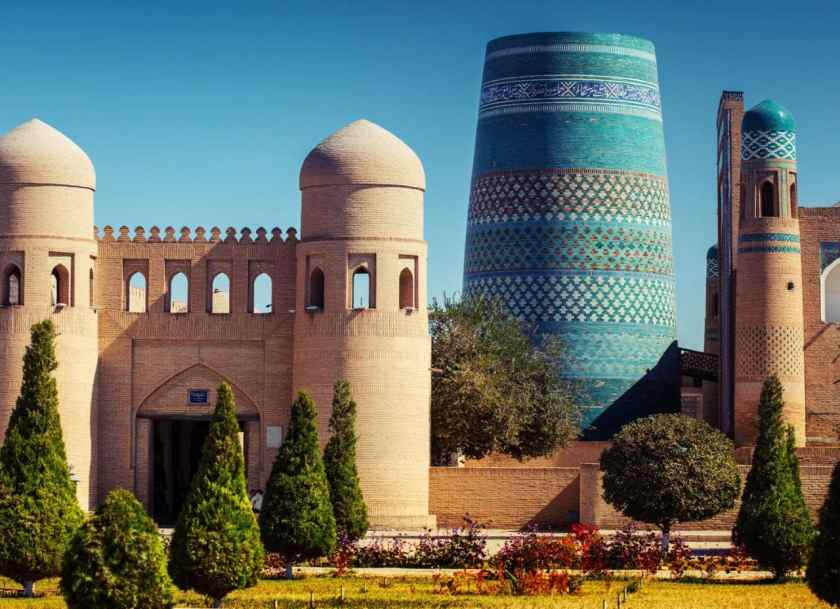 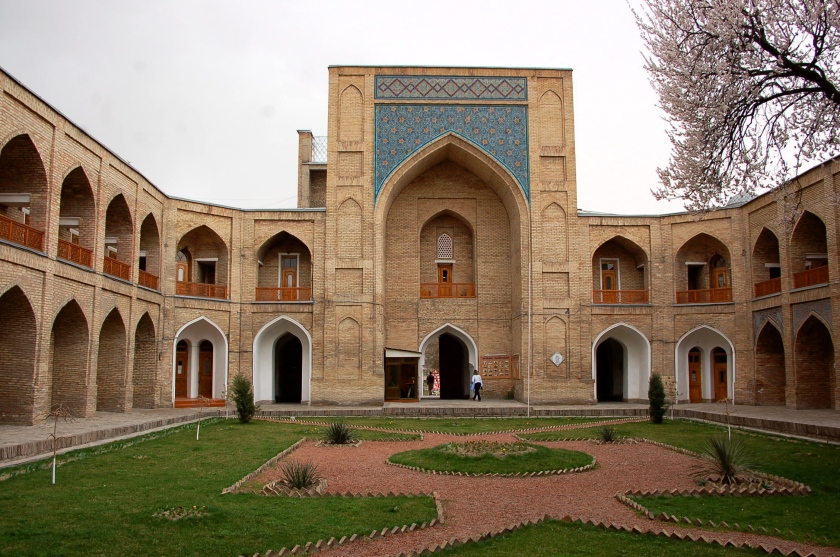 Okay, moving along the alignment to Bishkek, Kyrgyzstan.  Bishkek is the capital and largest city of Kyrgyzstan.

It is described as originally a caravan rest stop on one of the branches of the Silk Road through the Tian Shan Range.  The city itself is relatively young, since Bishkek was first established around 1825.

Here are some of the local sights around Bishkek: 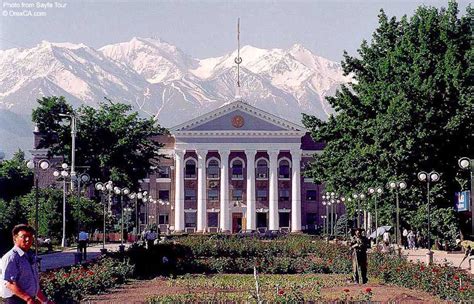 The alignment continues along to Lake Issyk-kul in Kyrgyzstan.  This lake is in the Northern Tian Shan mountains, and is the 10th largest lake in the world by volume.  It is the second largest saline lake after the Caspian Sea.   It is considered to be a sacred place by the Kyrgyz people. 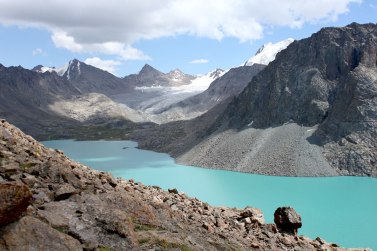 NearLake Issyk-Kul at a place called Cholpon Ata, you find numerous stone statues like this one…

…which are reminiscent of the ones on Sulawesi in Indonesia at the Lore Lindu National Park that I found on another alignment….

So I will end this post at Pik-Pobedy (also known as Jengish Chokusu) in Kyrgyztan, on the Chinese border in the and the highest mountain in the Tian Shan Mountains.

On the Chinese side, it goes into Wensu County of the Aksu Prefecture of the Xinjiang Uighur Autonomous Region – once part of the Ancient Uighur Empire.

I will pick up this global alignment in Yumen City, China,  in part 4 of this series.

One thought on “How I Found the Silk Road, Part 3 Sevastopol to Pik Pobedy – With Video of Post at the End”